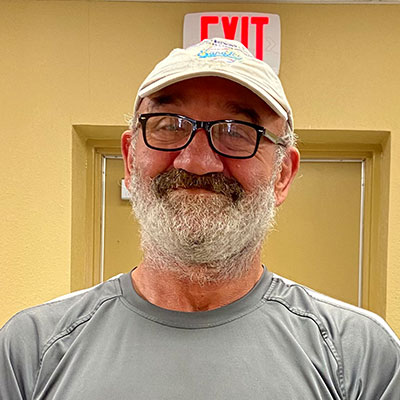 I first met with Antonio on August 17th. I learned he’s diagnosed, paranoid schizophrenia, had just gotten out of jail, and was heavily drinking. He ended up at ORMC downtown and they told him if he didn’t stop drinking, he was going to be dead. It was a big wake up call for him. After, he said he found the Lord and got sober. I started the process of helping him get his food stamps, a government phone and Social Security (SS) card. Not having his SS card was stopping him from getting social security insurance and disability benefits. However, because the SS offices are not open, you have to mail an original, signed application and with your original ID. This was very hard for him to give up, his only form of identification, but he knew how important it was to have a SS card.
The Social Security (SS) card replacement application said it would take about two weeks to complete. However, two weeks came and it still had not arrived. Then, in the middle of the fourth week, he received the brand new SS card and his ID back.  He was literally bouncing off the walls in the lobby dancing, praising Jesus, waving it around and smiling. Sheila and I we were happy as well, not only happy for him, but that the system worked because we did not know how long it would take.

is how you make a difference in someone’s story.

is how you make a difference in someone's story.